Is Your Business an “Oops” Away From Organizational Crisis? 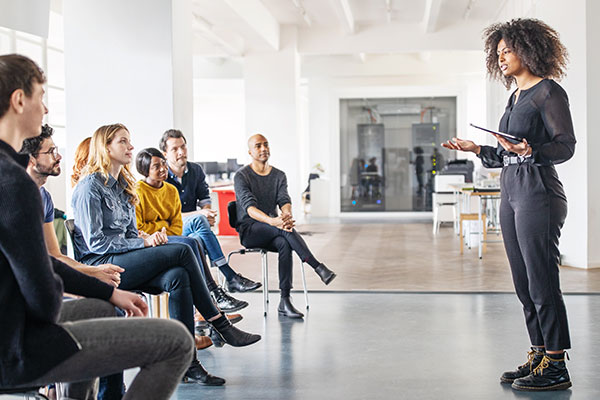 Once upon a time, a Human Resource (HR) generalist at a regional telecom company prepared a routine payroll update, which listed the salaries of all employees from the senior leaders on down, to send via email to her HR superiors and to the Regional Senior Vice President (SVP) for their review.

Imagine her horror-stricken reaction as she saw the email immediately land in her own inbox.

She had sent the report to … yep, you guessed it … the entire employee population.

Once upon another time, the Chief Executive Officer (CEO) of an operating division of a global company received a scathing email memo from the company chairman informing him that no one in his entire division, including him, would be receiving bonuses for the year.

The incensed CEO, who had been in a pitched battle with the chairman, took immediate action. He shared the chairman’s “news” with all the employees in the division and the company’s senior leaders, along with some incendiary remarks of his own.

Bad form, right? Maybe … but the organizational crisis story’s not over.

One unhappy employee then forwarded the string to his personal email account so he could review it later at home. One slight hitch – he had inadvertently clicked “reply to all.”

What do the two situations have in common? For the two line-level employees, really little more than the illustration of the calamity that can result from a slip on a digital banana peel.

Beyond that, nothing much in common.

In the first case, the HR person readily caught her error and took swift action to recall the erroneous email. Only a few people saw and opened the email, and the offense could have merited termination, though it was unintentional. The employee, in fact, expected to be fired. In this instance, however, the employee was not terminated. Still, the few people who opened the email, despite promising to delete it, could have exacerbated the situation simply by sharing it.

But they didn’t share it. And believe me, if they had, the organization would have been buzzing.

Which brings us to the organizational crisis and damage of the emotion-charged email string involving senior leaders. Not only did it cause reverberations throughout the company, but it did damage externally as well.

The accidental “reply to all” was an indicator of much bigger impact and of the uncontrollable nature of information-sharing in and from an organization. How many other employees also forwarded that email? I’d guess more than a few.

And how many of those emails went only to their personal email inboxes? The number doesn’t matter. But the target recipients certainly do.

No organization can hope to plug every potential leak operationally. At a time when “build a wall” may sound like an effective solution for some problems, abridging employee communication probably isn’t one of them.

That’s where skilled strategic communications come into play. They know that setting policies and ground rules for social media usage, for example, is far more effective (and cost-effective) than desperately trying to shield them from social tools or micro-monitoring them.

The two most important things strategic communicators can do to avert organizational crisis are:

The second one is easier said than done, of course. But in the examples above, the first organization dealt with an errant communication swiftly and with a level head.

The second? Well, the angry CEO soon left to “pursue other career interests” and the company saw an exodus of talented, but fearful, people.

Mike Kohler is a member of the online faculty of Purdue’s online Master of Science in Communication degree program. The program can be completed in just 10 courses (20 months) and covers numerous topics critical for advancement in the communication industry, including crisis communication, social media engagement, focus group planning and implementation, survey design and survey analysis, public relations theory, professional writing, and communication ethics.

Find out more about what you can do with a MS in Communication from Purdue University. Call us today at 877-497-5851 to speak to an admissions advisor, or request more information.

*The views and opinions expressed are of the author and do not represent the Brian Lamb School of Communication.