The Importance of Diversity in Public Health 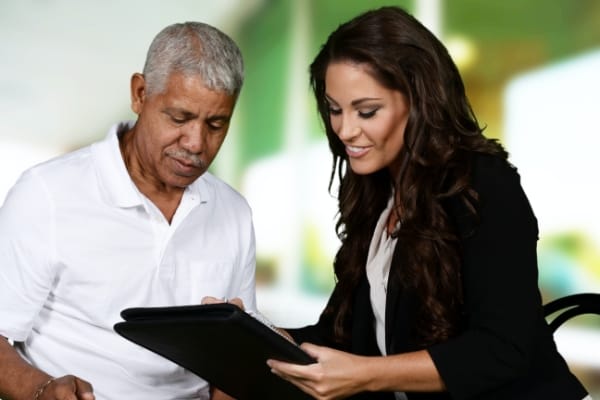 Public health is an important but sometimes overlooked facet of the medical system. Whereas doctors typically treat a person’s medical symptoms after they become ill, public health is concerned with the prevention of illness and injury in communities. Public health practitioners work closely with communities to determine the root causes of sickness and investigate how illness and injury are related to social, political, and cultural factors. Though many of the people who work in public health have some form of formalized medical training (e.g., nurses, doctors, first responders), public health also includes social workers, government officials, sanitation workers, and cultural and religious leaders.

Public health practitioners have been instrumental in combating the community spread of COVID-19 by encouraging people to get vaccinated, advocating for safe and sanitary working conditions, and promoting the wearing of masks and other preventive measures that slow the spread of the virus. Importantly, public health practitioners have also been instrumental in showing how different racial, ethnic, religious and cultural communities are affected by public health crises like COVID-19.

Illnesses and injuries do not affect all communities the same way — a person’s race, ethnicity, gender, sexuality, and religious or cultural beliefs can play a role in how susceptible they are to certain illnesses or how they react to getting sick. Though there may be a biological basis for some of these differences, many of the disparities in health outcomes for different communities are caused by social determinants.

The Connection Between Discrimination and Public Health Outcomes

One such social determinant is discrimination. There is a proven disparity between the health outcomes of Black and white Americans, as well as between white Americans and Hispanic and Indigenous Americans. Racial and ethnic minorities have been consistently shown to have a higher infant and adult mortality rate than white Americans, and racial and ethnic minorities also suffer from certain diseases -- such as hypertension and high blood pressure -- at a rate higher than white Americans. The reasons for these disparities are not biological; they can be traced back to the individual and institutionalized experiences of discrimination that marginalized communities face.

Discrimination refers to the unequal (and usually negative) treatment that marginalized people and groups experience both on an individual and structural level. A person may be discriminated against based on their racial, ethnic, cultural or gender identity (or any other minority identity) in the form of hostile acts such as hate crimes and identity-based harassment. However, there are also structural forms of discrimination, such as racial and gender inequity in hiring practices and housing discrimination.

The individual and structural experiences marginalized people have with discrimination can create numerous negative health outcomes, and it can also make it harder for them to get diagnosed correctly and receive quick and effective treatment. Poor health outcomes for marginalized people are likely related to the stress that experiences of discrimination cause, as well as lack of access to resources such as fresh and healthy foods, safe places to exercise and preventive medical care.

The relationship between discrimination and health can thus be connected to both the negative individualized emotional responses that stress generates — such as distress, fear and sadness — and the decreases in quality of life created by institutionalized discrimination. Lack of access to safe housing, good jobs and education, as well as the higher rates of criminalization that many marginalized communities experience, can lead to problems such as substance use disorder, anxiety disorders and depression. For example, Black Americans living below the poverty line are twice as likely to report experiencing serious psychological distress than those living above the poverty line.

Diversity and Inclusion in Public Health

The U.S. population is becoming more racially, ethnically and culturally diverse. According to the United States Census Bureau, 50% of children younger than 5 belonged to racial or ethnic minority groups in 2017. However, even as the country’s demographics change, discrimination — including in health care — remains a major issue. Racial and ethnic minorities are still at a greater risk than white Americans of experiencing negative health outcomes from health conditions that are preventable and treatable. These negative health outcomes are connected to forms of structural discrimination such as income inequality, housing inequality and educational inequality.

The underrepresentation of minorities in public health is important because research shows that public health practitioners who have marginalized identities are better equipped to serve clients who come from marginalized communities. Marginalized clients are also more likely to trust services provided by people who come from similar backgrounds. For instance, Black Americans have been shown to have better health outcomes after working with Black doctors, who are more likely to understand Black Americans’ experiences of racism.

Finally, there may be a general lack of knowledge among young people about public health careers. Public health is rarely emphasized in high school curriculums, and many students interested in health may opt to pursue more lucrative medical careers by becoming physicians or medical researchers.

Whatever the reason for lack of diversity in public health, there are concrete actions public health educators and leaders can take to increase the diversity of the public health workforce and thus create a public health field better prepared to prevent the negative health outcomes caused by discrimination.

By focusing on cultural competency, education and mentorship, public health practitioners have the power to change public health outcomes and better serve marginalized communities. Purdue University’s online Master of Public Health is training a new generation of public health leaders to create solutions to the challenges social issues like discrimination present to the health of communities. With courses in epidemiology, biostatistics, health administration, social health sciences and more, this program gives students the foundational knowledge they need to excel in various public health fields.

The views and opinions expressed are of the author and do not represent Purdue University.