Technology Careers in the Military 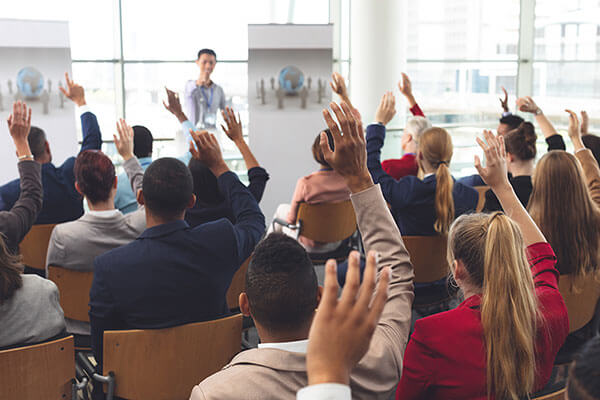 Today’s technological advancements affect nearly every career field including the armed forces. As innovative technologies are developed those who serve in the military face constant training challenges. The increasing amount of technology creates jobs that need to be filled by experienced, trained professionals.

Technology and the Military: Advancements Through Time

Military breakthroughs and advancements in equipment stems from as far back as 326 B.C in Ancient Greece. When the first combat tank was created in 1916, barbed-wired was being used as a primary method of defense during war, a sharp contrast from the methods of modern warfare.  Fast forward to 1991 when night vision was first used during Desert Storm and became just another aspect of the progression that has led technology in the military to where it is today. As advancements continue, the military works to create new and innovative resources.  A shift has been seen from traditional ground combat to the use of unmanned vehicles and advanced robotics. According to The Pentagon, by 2016 armed robots will replace approximately 30% of the weapons and armed vehicles used in combat. These advancements require individuals to not only develop but also maintain and utilize them effectively.

Technical careers in the military continue to increase as evolutions occur during modern times. The complexity that goes into these advancements requires specific skills and knowledge in terms of software and development. Over time, the military has developed positions that require experienced and knowledgeable technology professionals.

Career Options in the Military

A plethora of military careers utilizing technology currently exist and the list continues to expand.  Aside from the positions that have been longstanding careers such as engineers and construction specialists, there are new occupational paths emerging, mainly due to the need of addressing technology advancements, as well as threats made through the use of those technologies. For example, due to a heavy societal reliance on the internet, cyber security has evolved into a threat for such the online-focused world. To address these issues, the military requires individuals to be well versed in these pressures to assist in the protection against looming threats.

The following are some of the many technology careers that have been increasing throughout the past decade:

As an Information Technology Specialist, individuals are responsible for maintaining, processing and troubleshooting computer systems in the military.  By identifying and addressing issues that arise in the usage of these communication systems, these professionals are able to process information, maintain databases, and assist with the conceptual designs of software programs. Information Technology Specialists typically work to edit and test the programs used by the armed forces to ensure the highest levels of security.

Protecting against threats of terror through the use of technology, telecommunications or any attack against an information function has become a focus of the military in the wake of recent cyber-attacks on U.S Banks. On the mission to combat terrorism, these professionals work to identify, evaluate and ultimately prevent any form of cyber threats that arise through large amounts of data that indicate a possible security breach. Cyber terrorism specialists are required to stay informed about technological advances in addition to being aware of deficiencies in security protocol that could cause vulnerability to cyber-attacks.

In 2011, the United State Air Force stated that it would train more drone pilots than fighter pilots. Although these unarmed vehicles are continuously advancing their capabilities, they are not capable of functioning without a trained operator. These navigators are trained for remote warfare as the military continues to move towards high powered drones and increase the use of armed robots. Although the military is planning to expand its unmanned vehicle programs, new models will be developed as well as operated, resulting in an increasing need for individuals able to operate such machinery.

Similar to unmanned aerial vehicles, the development of robotics has become part of the high-tech military we see today. Current prototypes can navigate terrain and make some basic decision on their own, yet still require humans to develop the software and programming to ensure effective decisions are being made.

These individuals are trained to work alongside information technology specialists to develop, enhance and maintain software for effective operations in the military.  Today the careers in this arena have gone as far as developing mobile apps such as the U.S Army News and Information app providing the latest articles and images released by the Army showing development of video games and simulators to enhance training methods for soldiers. New members of the armed forces are exposed to the battlefield through these simulations; allowing them to adjust to the combative environment and deal with warfare situations before stepping foot onto the battlefield.

The need for individuals with a background in technology becomes increasingly more important as does the need for qualified professionals to lead the way in the development, execution and management of technological advances.  Those interested in pursuing an online Online Master of Science in Education in Learning Design and Technology will find the resources available at Purdue University to advance their career as an advanced professional in technology.

Learn more about the online MSEd in Learning Design and Technology at Purdue University today and help redefine the way in which individuals learn. Call (877) 497-5851 to speak with an admissions advisor or click here to request more information.

The Use of Robotics and Simulators in the Education Environment
What Do Instructional Designers Do?